It is suggested that we look at the work of Esther Teichmann, Corinne Vionnet, Idris Kahn and Helen Sear and then produce 6-8 images using similar layering techniques. I have looked at Teichmann, Vionnet and Sear before, so had intended that Idris Kahn should be the subject of this post. I’d heard of him, but not seen any of his works, which turned out to be fascinating. But then, coincidence intervened and I am never one to ignore coincidence. I happened to pick up this article by Hannah Whitaker in this month’s Objectiv magazine, which muses on a line of thought I am exploring on the ontology of digital photography, and then came across her name again later that same day, when I was leafing through Charlotte Cotton’s (2015) Photography is Magic. Her work is very appealing to me, especially the patchwork style images, such as those shown below. So my 500 word post on a photographer’s work will be on her.

Hannah Whitaker is an American photographer, who came into the public view while she did her MFA at the International Center for Photography, New York in 2006. She is also a curator and a prolific writer about photography. Her images fall somewhere between photography and graphic design, and despite their appearance they are apparently all made using analogue processes. Using a 5×4″ camera, she inserts paper screens into the camera and then does multiple exposures to achieve the very layered look that much of her work incorporates. It is a massively complex way of achieving her signature look, but the physicality of the paper inserts often intrudes onto the image in a way that would not be possible if they were made entirely digitally. The images strongly resonate with both traditional and modern quiltmaking techniques to produce slightly off-kilter geometric patterns which I find very aesthetically pleasing. She herself says that many of them are influenced by the Bauhaus movement (and particularly the work of Anni Albers) and the Gee’s Bend Quiltmakers Group, both of which use a mix of traditional and modern patterns and colours.

Whitaker says that she enjoys playing with the materiality of the image and how it can be altered, and her processes involve a great deal of pre-thought and preparation.

“I started thinking about ways that I could relinquish control and play with that loss of control as a subject in the work,” Whitaker tells TIME, “I keep going back to ‘what can I do in this space?’ and working within that field of possibility.” (Time, 2016) 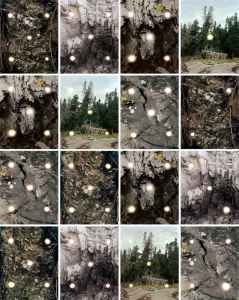 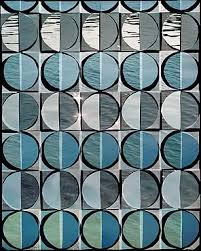 Somehow her work is redolent of the experimental Thomas Ruff images, while at the same time referencing traditional women’s arts in the execution and final appearance of her work. She also uses a technique of punching holes in her images and projecting light through them in a similar way to Helen Sear,  and both of these methods are ones I would like to try myself. Of course, I don’t have an analogue 5×4″ camera, so I will be doing it just as laboriously in Photoshop. At present, however, my ideas greatly exceed my ability and the whole process is ludicrously slow.

We are then asked to make a series of 6-8 images using layering techniques.For this exercise, I am using the following image, which I made last year, as a base.

Firstly, I overlaid it with between one and three layers of circles produced in Photoshop, and they were moved about to produce different patterns. I like the randomness of the effect which is achieved. After that, I tried inserting layer masks in between different layers to produce other effects. I think the main take-away from this exercise is that one can do pretty much anything in Photoshop if you are prepared to spend enough time setting up the necessary processes. 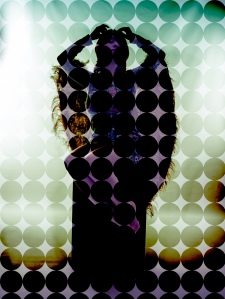 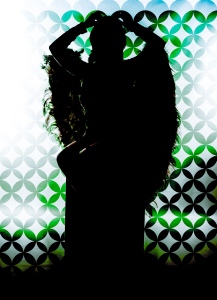 Some of these work better than others, and there is definitely a point where one can go over the top. I am most happy with the first three, which seem to have both a clear intention and a pleasing result.

Hi, and welcome to my blog. Any images by other photographers used on this site are accredited and are being used only for personal educational purposes.